Khamrashi can be made with a clear beef or lamb broth or, as in this recipe, with chicken broth.

If you have no time to make your own noodles (arishta), use bought fettucine or linguine instead. 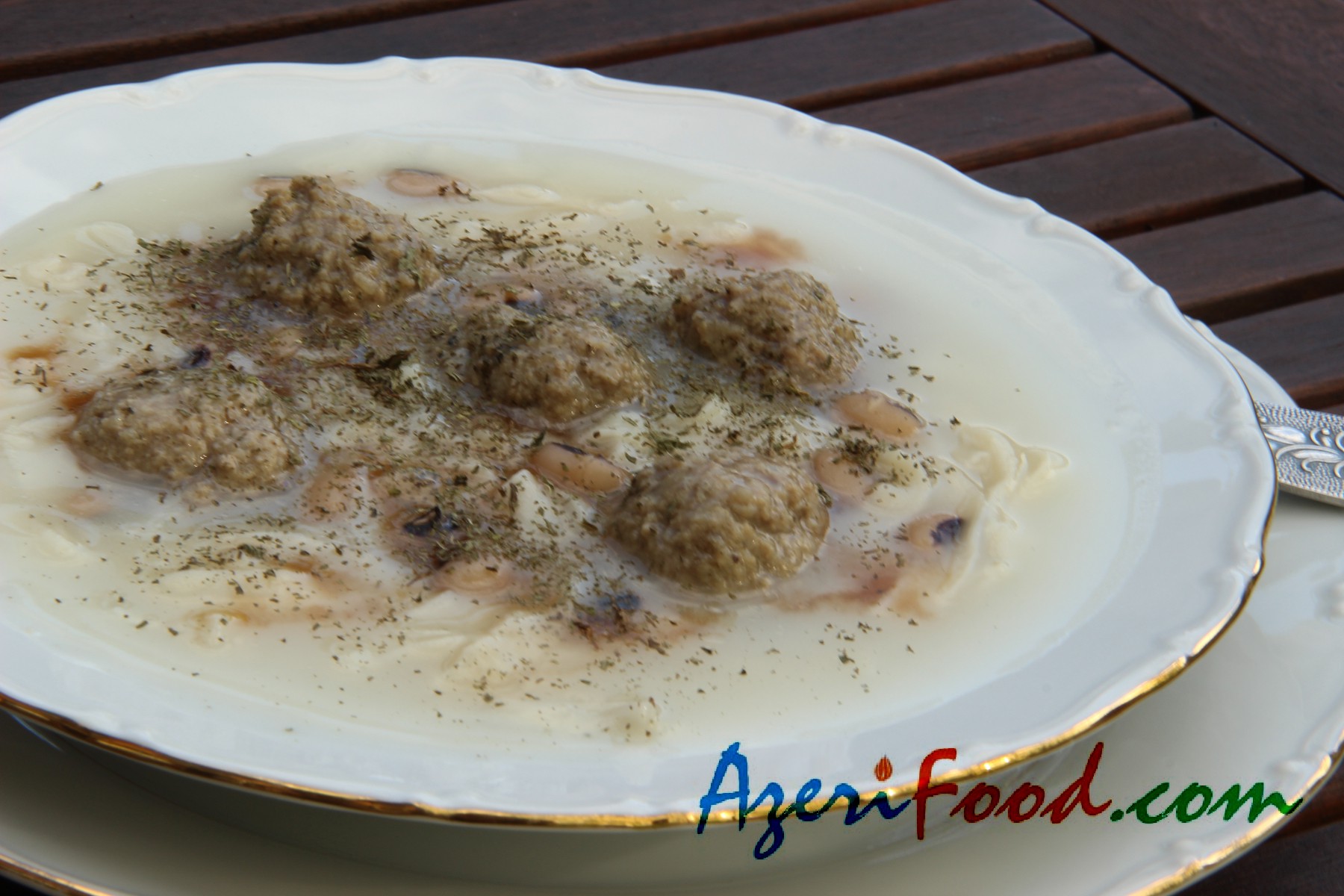 For the filling:
500 g minced lamb
250 onions
salt and pepper

Make a light dough from the flour, water, salt and egg. Divide the dough into four large balls. Place the balls on a tea towel and cover with clingfilm. Leave to rest for 5 to 10 minutes.

Roll out the dough to a thickness of 2-3 mm. Add flour when rolling out if the dough is too sticky. Fold the dough at each other, so it be to the roulade. 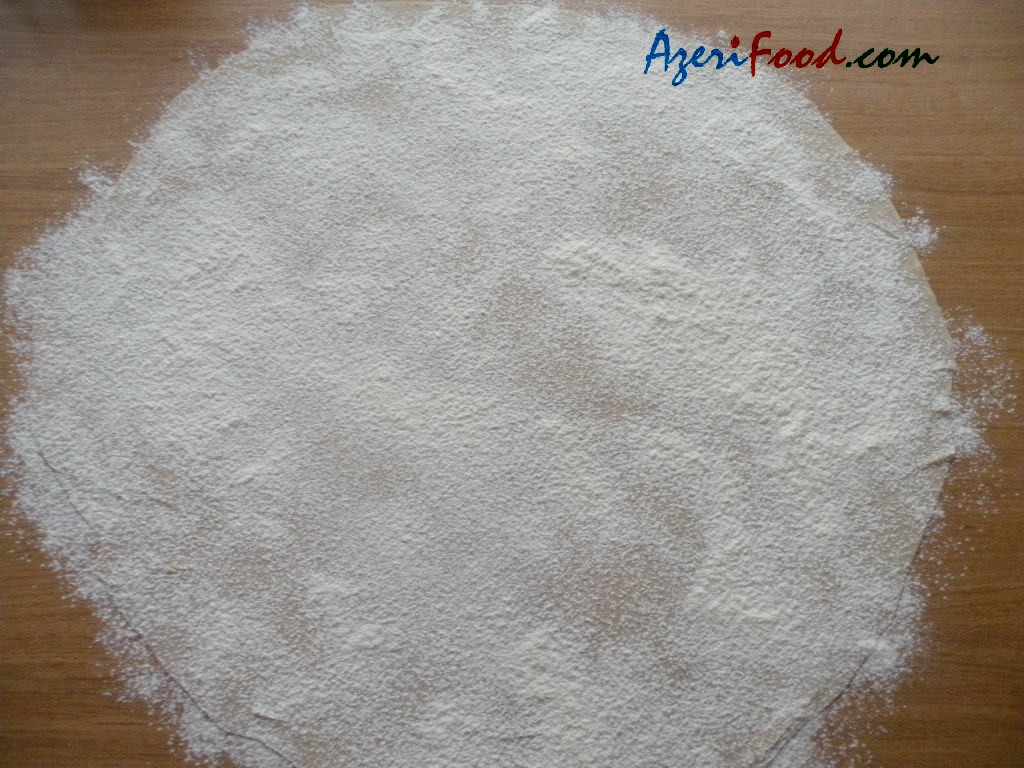 Cut the rolled dough into strips. 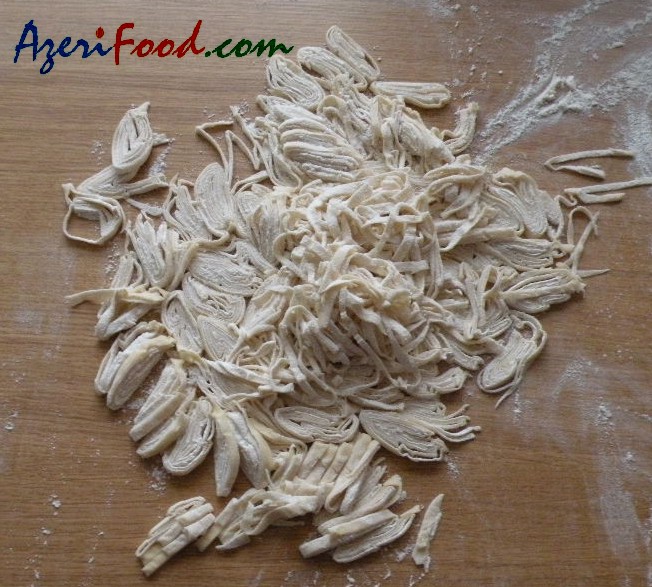 Now with  the hands shake the noodles that they are opened and the flour is not kept. Lay the noodles out on a tea towel. Leave for 2-3 hours to dry. Noodles that are not used in the soup can be kept in a dry place for future use. 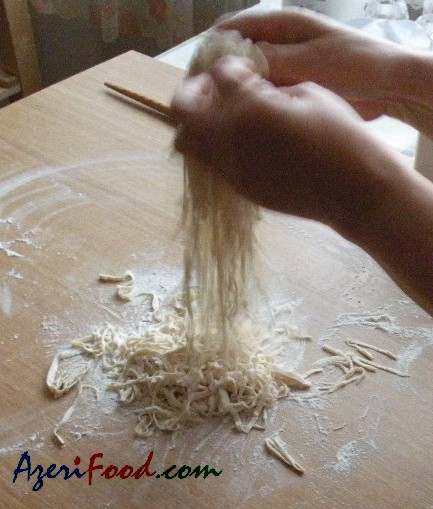 If using dried black-eyed beans, rinse them and simmer in a generous amount of water until soft (approximately 45 minutes).

Rinse the chicken and simmer in a generous amount of water until the meat is falling off the bone (approximately 45 minutes). Skim off any foam that forms on top of the pan.

Take the chicken out of the water. Strain the water, which has now become bouillon, into another saucepan. Take the chicken meat off the bone and break into small pieces to add to the soup.

If you are using minced beef or lamb, mix meat with finely chopped onion added salt and pepper. Mix them well. Prepare small meatballs.  Cook the meatballs in a generous amount of water until meat is cooked (approximately 45 minutes). Take the meatballs from the soup.

The following is the same for both types of soups.

Bring the bouillon to the boil, add 6 threads of saffron and boil for 3 minutes. Add a large quantity of the noodles, more than you would normally add to soup but not so much that they soak up all the liquid. Also add the cooked chicken or meatballs, cooked beans and salt & pepper.

Bring the soup back to the boil and simmer until the noodles are cooked (4-6 minutes).

Serve with a sprinkling of crushed, dried mint on top. Mix garlic with vinegar. Serve it also with the soup. Pour some soup on a plate and add the garlic mixture to taste. I normally add 1.5-2 tsp into one portion. 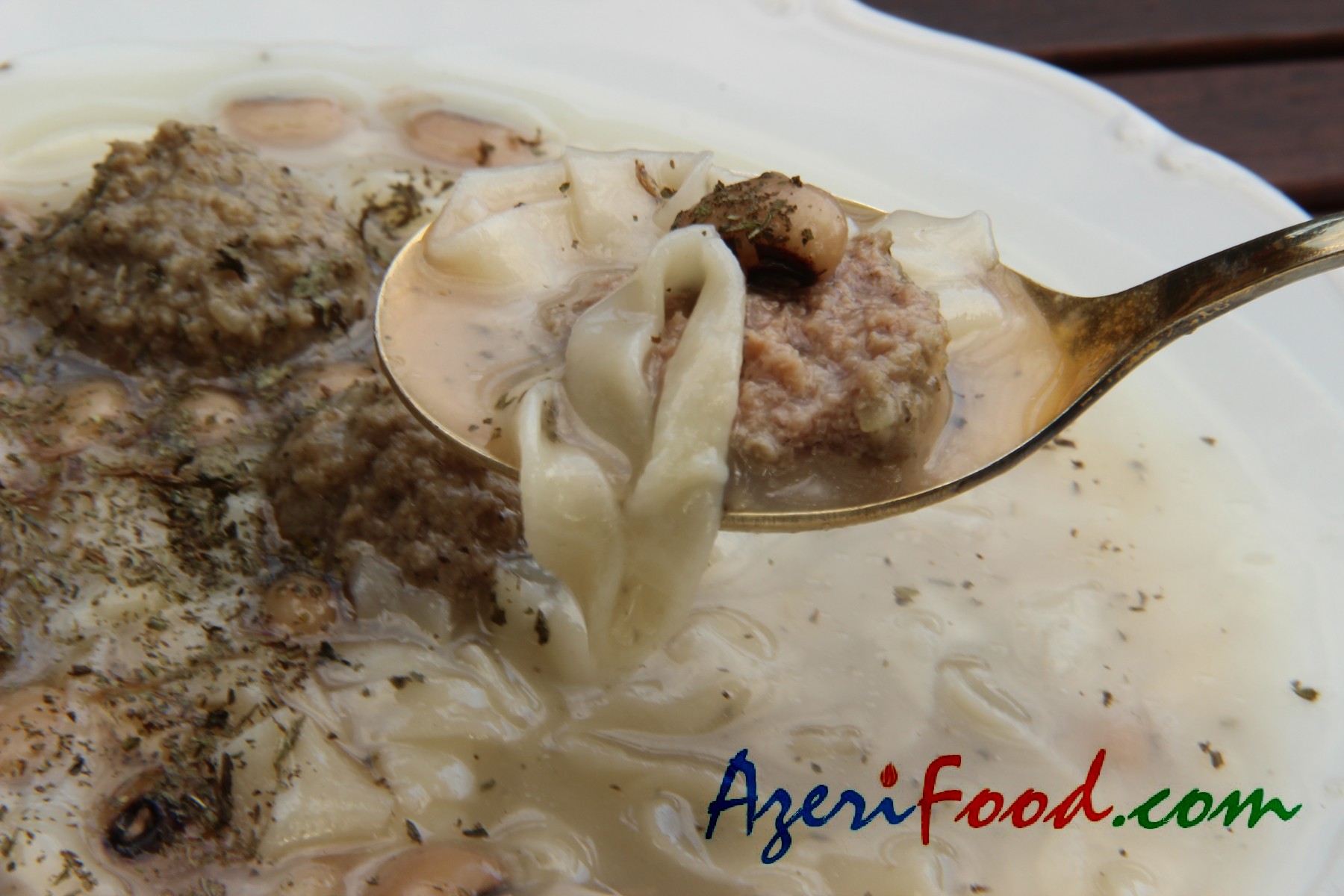