Kutabs, a version of pancakes, are an Azerbaijani national dish and can be made with meat, herbs or pumpkin. Today you can learn, how we in my family prepare  Kutabs of pumpkin. 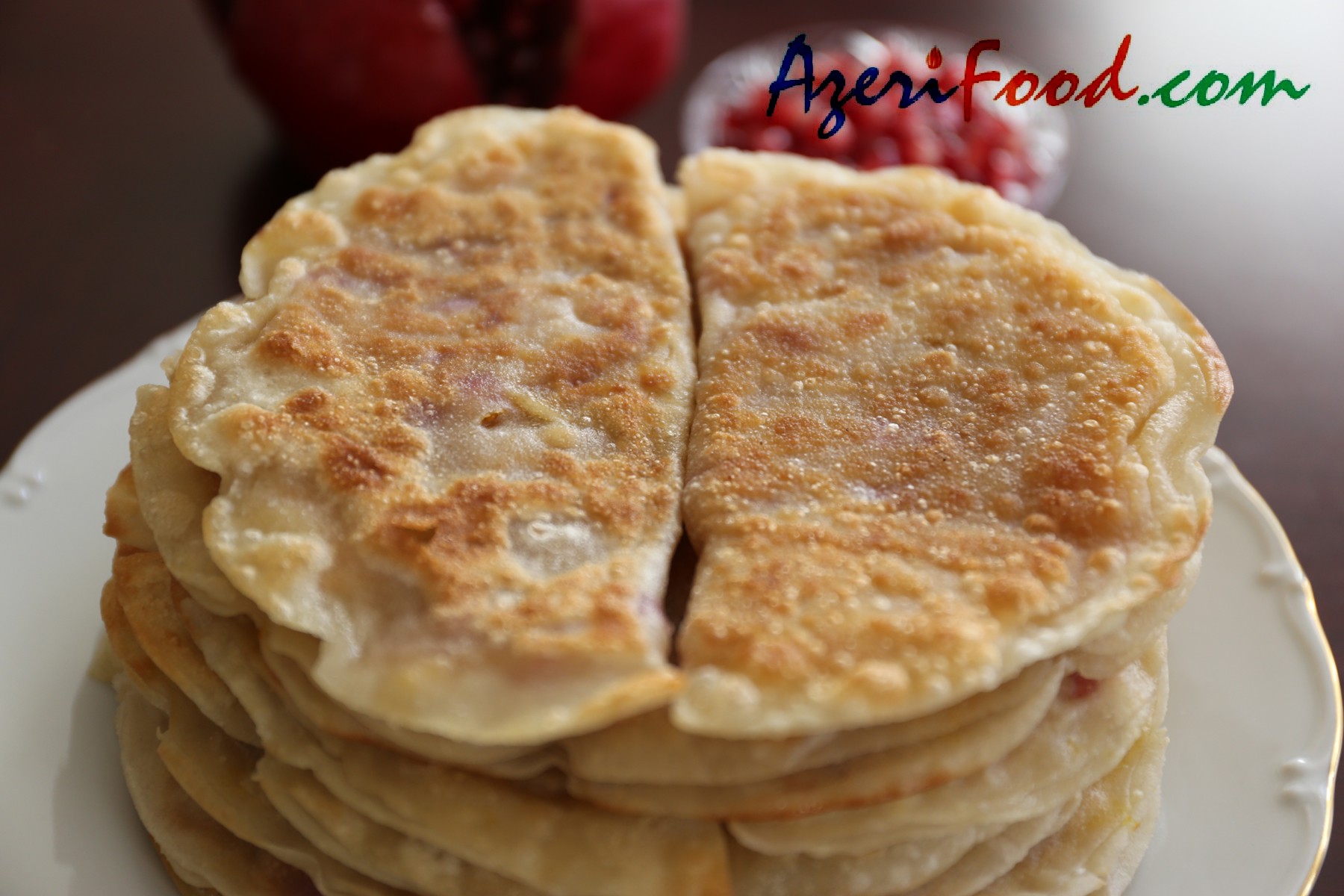 Cut the pumpkin into small pieces, remove the skin and put it into the pot. Let the pumpkin simmer. Do not add the water, since the pumpkin includes the juice, which will be given out. Cook the pumpkin until the juice is evaporated. Taste the pumpkin. If it is not sweet enough, add 1 tbsp of suggar.

Chop the onion and fry in the butter until slightly golden brown. Add to the pumpkin and mix them well. At last add pomegranate seeds. 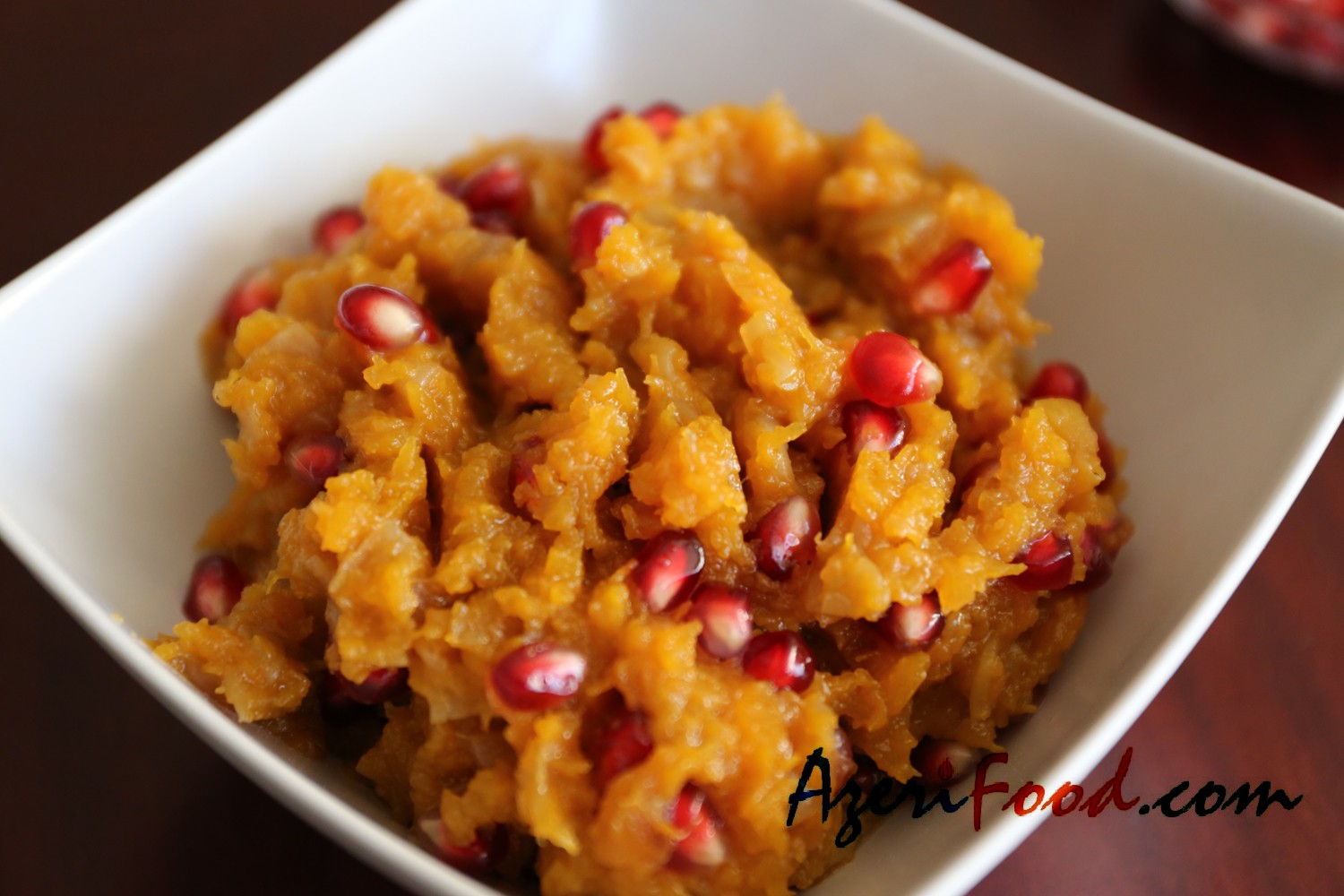 Mix the flour, water and salt to make dough. Separate the dough into 150 gram balls. Place the dough balls on a tea towel and cover with clingfilm. Leave the balls to rest for 5-10 minutes.

Roll out the dough balls until they are 2 mm thick. Traditionally a thin, light rolling pin – ohlov is used. Use a small plate to shape the rolled-out dough into rounds approximately 20 cm in diameter. Spread the filling  thinly (appr. 50 gr per kutab) on one half of the dough round. Fold in half into a semi-circle, pressing the edges together. 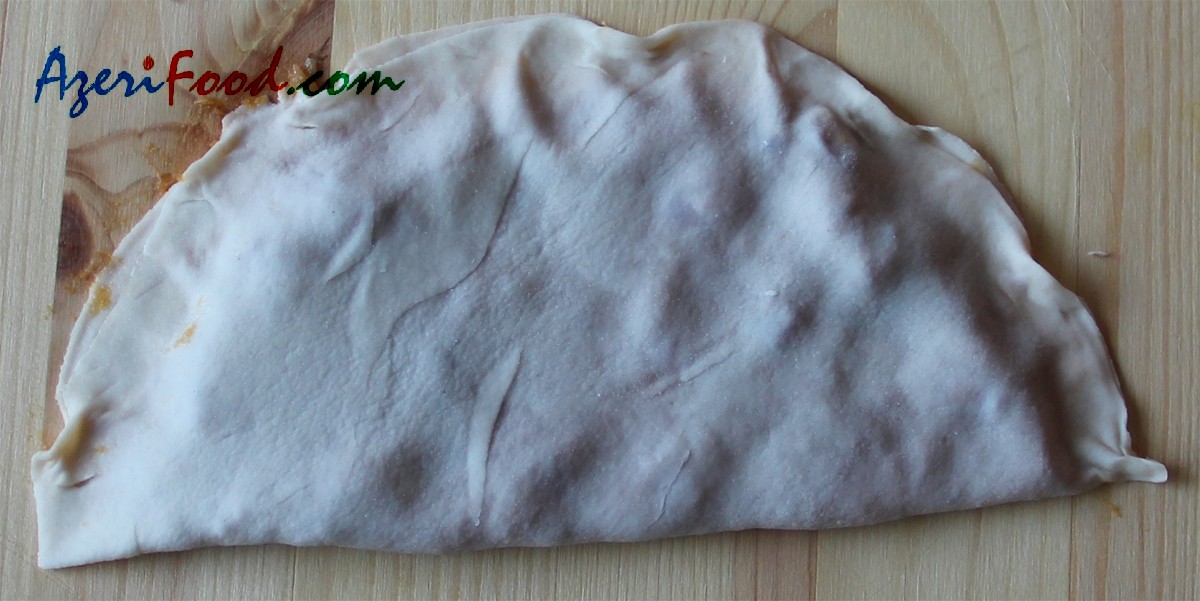 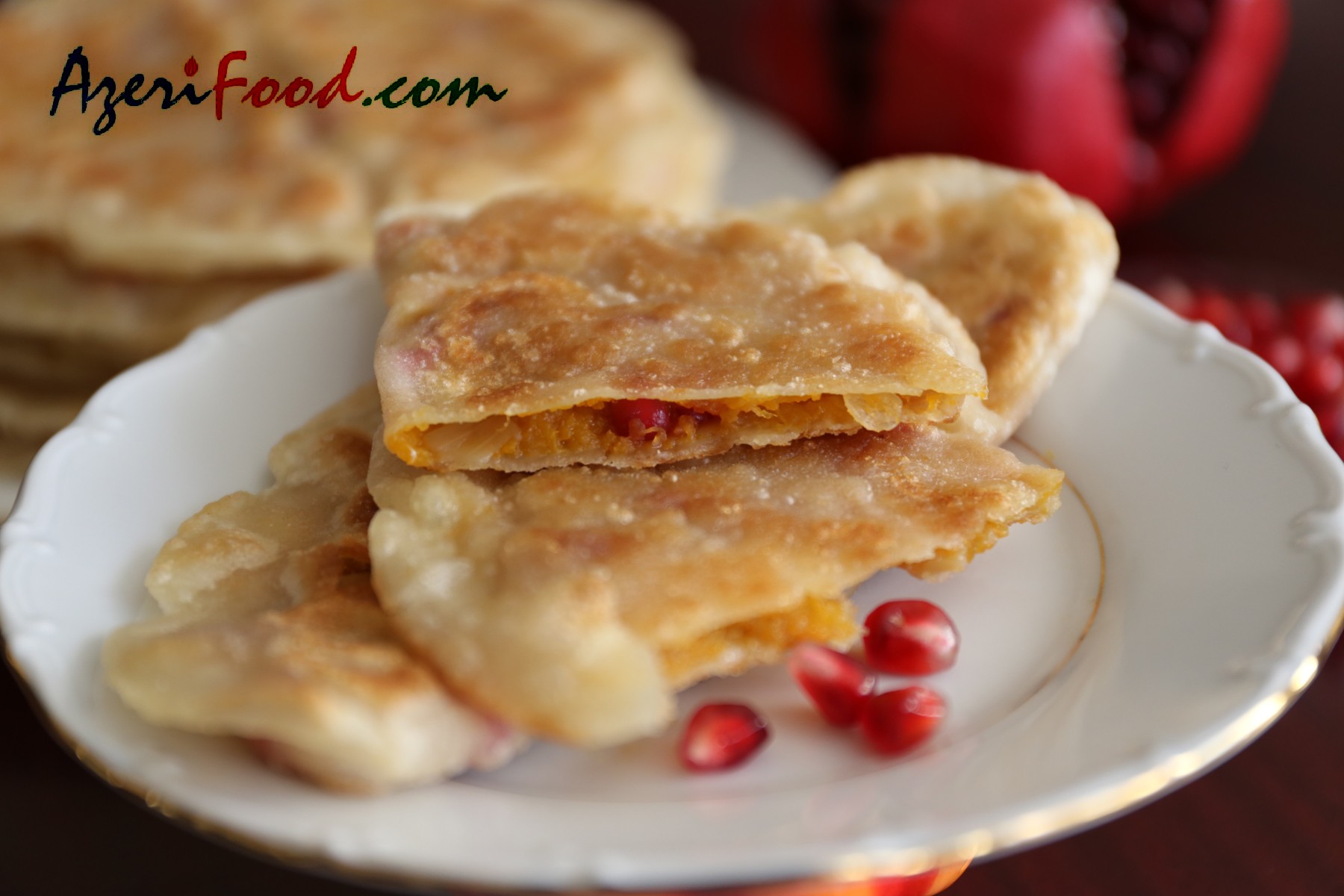