How to chose saffron

Kommentarer lukket til How to chose saffron | Last Update: januar 4, 2017

How to chose saffron

You probably know that the most expensive spice in the world is saffron. I’m often being ask how to chose the right type for dishes from Azerbaijani cuisine. It is used a lot there. In Azerbaijan, saffron used to be produced on Apsheron peninsula. During Soviet era it’s production was almost completely destroyed. Only few people grew it for their own use in their back yards or summer houses. Since it was a laborious process, it was expensive and not everyone could afford to buy 2-3 grams of saffron. That’s why, often, when cooking, turmeric was used instead. Unfortunately it changed the taste of dishes. Currently Iran is the largest importer of saffron. When you buy saffron check the country of origins. However, it is not the guarantee of a good product. My friend from Denmark went to Baku as a tourist. She wanted to do something nice and brought me soft Ron that she bought at a market.  Unfortunately she was deceived and what she had looked like straw. This is how saffron she bought looks. 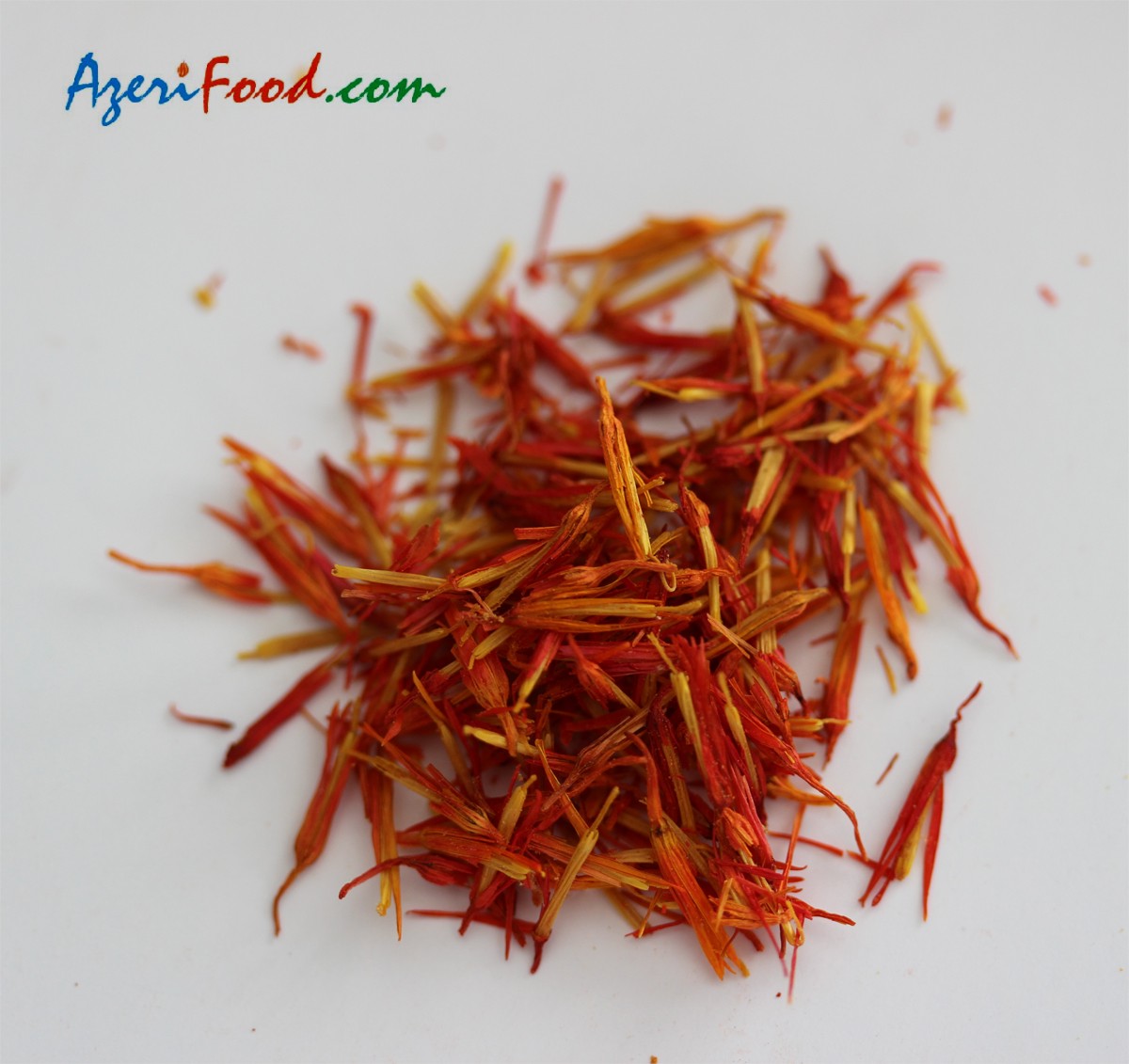 The right saffron consists of threads of dark red colour. The darker the colour the better. When a drop of water touches a thread, the water immediately turns bright yellow and even amber. And the smell of good saffron must be strong. Here is how good saffron looks. 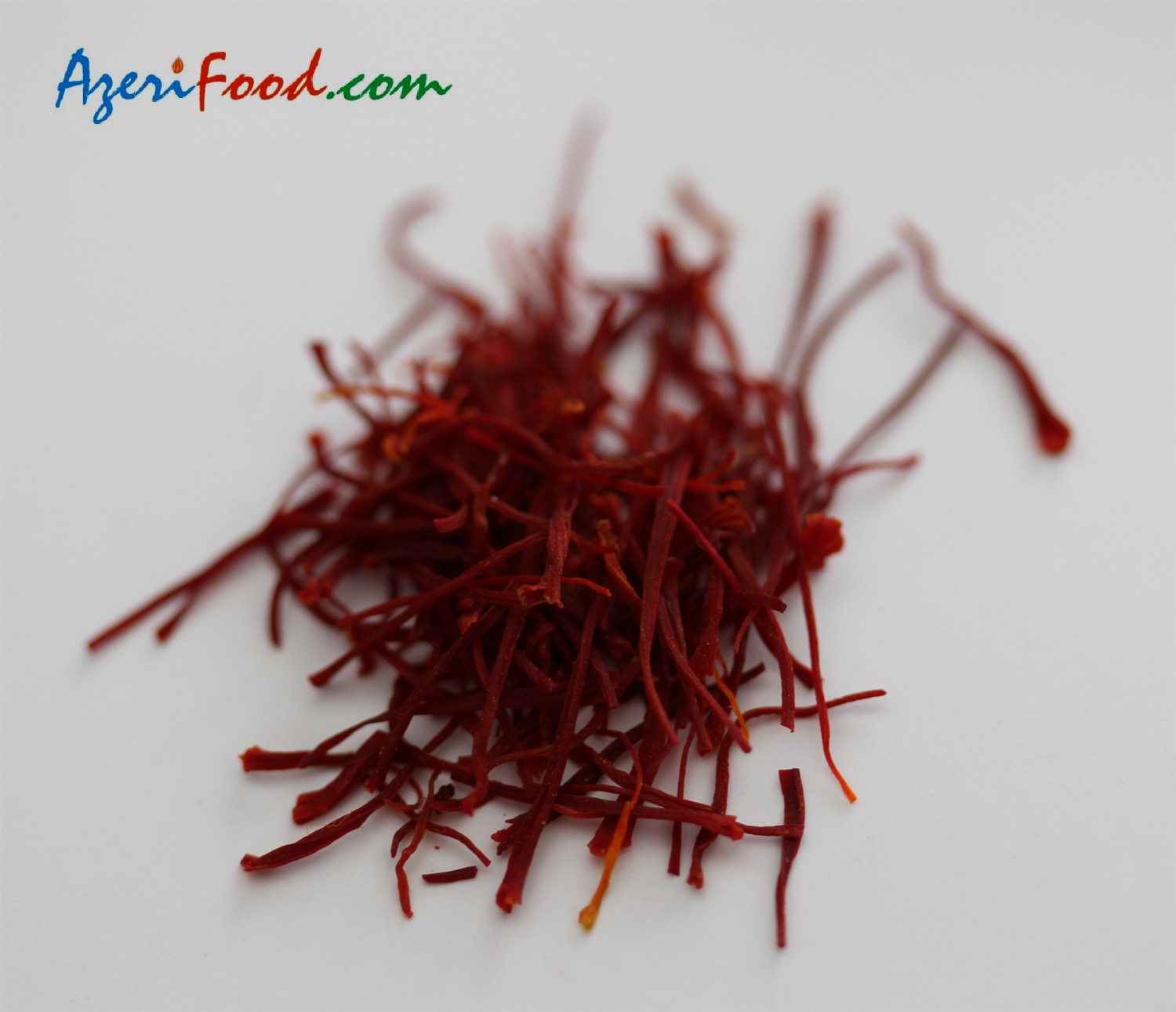 I’m pleased to say that production of saffron in Azerbaijan on Apsheron peninsula is being restored. I was so happy when my aunt arrived and brought me real fantastic saffron from Apsheron. When I opened the box, I could feel the smell of my childhood when I used to open my grandmother’s cupboard with saffron. It’s best to store it in a tightly closed small box or jar in a dark place.

How to make saffron infusion I have described here.

Have you seen how the flower of saffron looks? Here is it, a bouquet of saffron flowe. Beautiful, isn’t it? 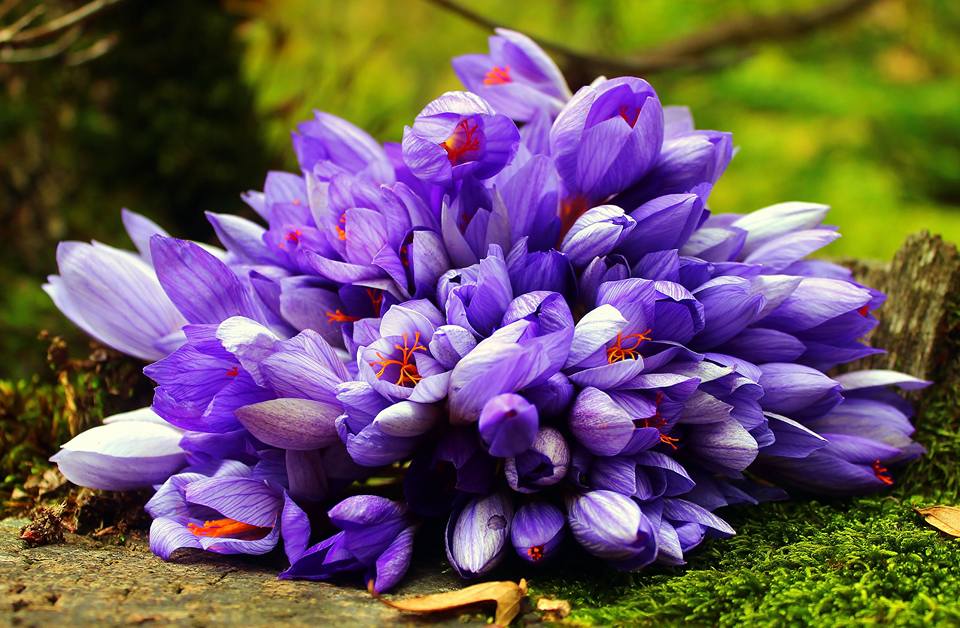 Photo is kindly submitted by my favourite photographer from Azerbaijan Elsever Aliyev. You can find his photos in section Azerbaijan.